Same-Sex Marriage Counseling in Washington DC Could Be the First Step Toward a Happier, Healthier Relationship 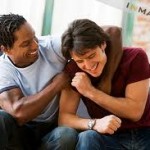 It was a little more than a month ago that the Supreme Court of the United States handed down its ruling that legalized same-sex marriage nationwide.

This landmark decision impacted millions of same-sex individuals and their partners from coast to coast Can you imagine how many couples will now, and forever share the same anniversary date: June 26, 2015? (Hey, at least they’ll never have to worry about forgetting an anniversary.)

A same-sex marriage counselor in Washington DC must be especially attuned to the needs of same-sex couples.

While there is some truth to be found in traditional gender roles — regarding psychological femininity’s tendency to cater to the needs of a partner, and masculinity’s penchant for competition and independence — it’s important to remember that there are far more important issues to consider than who fits into which prescribed role, including: ethnicity, cultural background, religion, social class, education, age, and family background.

The professional couples counselors on staff at Keith Miller Counseling & Associates recognize the pitfalls of traditional heterosexual bias, and will treat a lesbian or gay couple mindful of their unique history and roles in the relationship. Research shows that attachment-based interventions are effective at reversing the destructive effects of relationship conflict with both same-sex as well as heterosexual couples. In addition, we take very seriously the unique cultural and family burdens common to many same-sex couples.

Same-sex couples will find a marriage counselor expertly equipped to asses the environment of each individual relationship based on a number of factors that include traditional gender roles; external issues, such as support or alienation from family, community, workplace, and friendships; presence of mental or physical illness or domestic violence; decisions about monogamous vs non-monogamous marriage; intimacy and sexual compatibility.

In need of same-sex marriage counseling in Washington DC?

Same-sex marriage counseling is often the first step toward a happier, healthier relationship. Our Washington DC counselors are available to help you decide if we can help you reach your personal goals in psychotherapy or couples counseling.